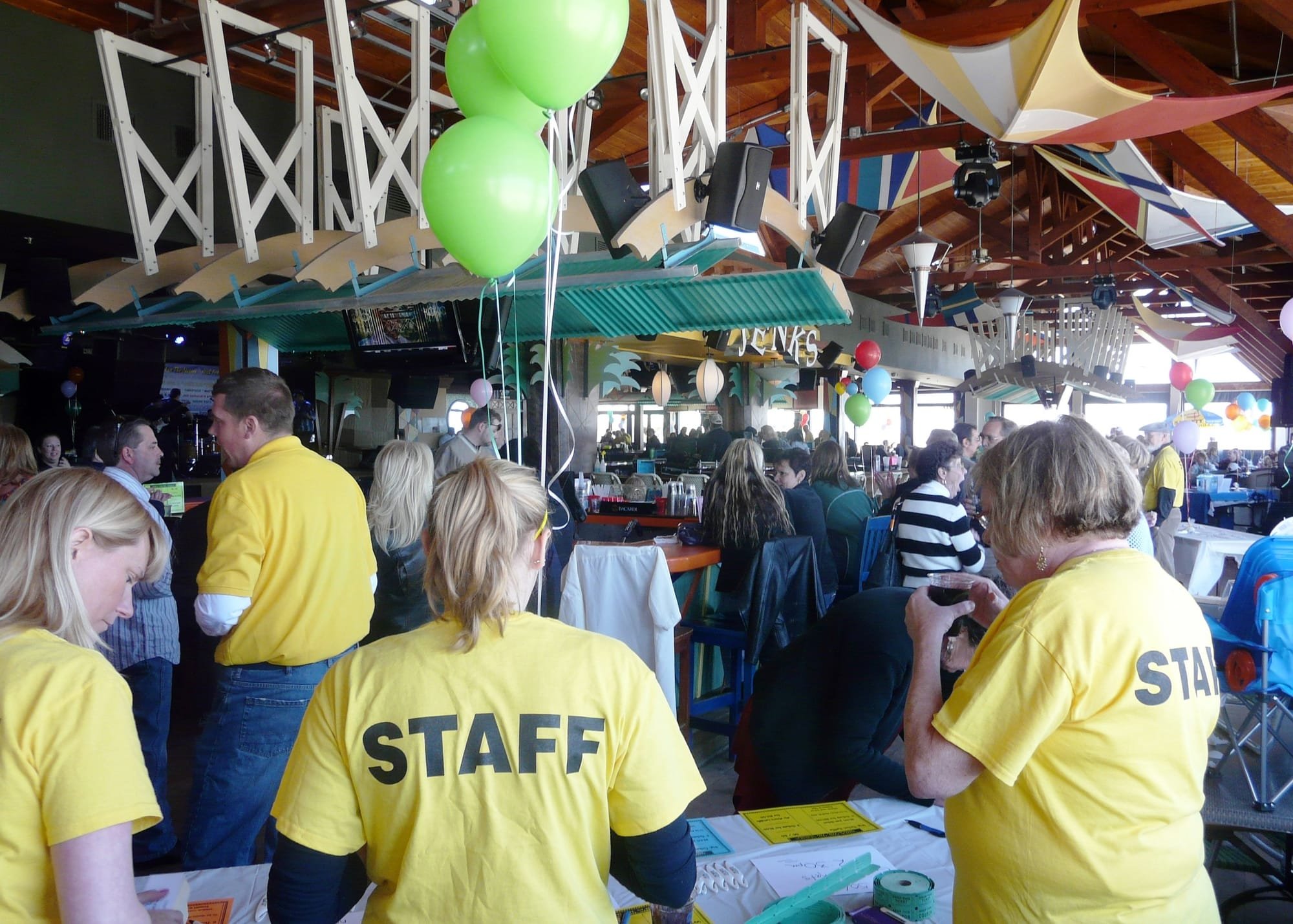 The “Rock for the Nurses-Rock for the Shore” benefit was announced in January by The Barbara Forfar Nursing Scholarship Fund which teamed-up with the United Way of both Monmouth and Ocean Counties and Jenkinson’s in Point Pleasant Beach.

The event took place from 11am to 7pm at Jenks Club located within Jenkinson’s Pavilion on the boardwalk and raised money for the Barbara Forfar Nursing Scholarship and the United Way organizations of Monmouth and Ocean County to be earmarked to help Sandy victims here at the Jersey Shore.

“Although we fell short of our projected attendance numbers and considering the fact that we had to change our event location from the River Rock to Jenkinson’s just about 45 days ago, Sunday April 21 was still a success as we more than doubled our proceeds from our 2012 fundraiser” mentioned Walt Konopka, chairperson of the Barbara Forfar Nursing Scholarship Fund.

“My sister Barbara loved the beach, ocean and boardwalk. She planned her time off from work specifically around the high and low tides. She would have been devastated by the destruction Sandy caused. She would have done whatever she could to help rebuild the shore. By giving some of our event proceeds to the United Way organizations of Monmouth and Ocean County, we can provide a little help to the Sandy victims who still need it here at the Jersey Shore in Barbara’s name. She would have insisted upon it and we are very happy to do so” Konopka added.

The estimated crowd of 400+ guests revolved in and out of Jenks Club throughout the afternoon and were treated to live music by nine of the top musicians from around the Jersey Shore who showcased their talents on two alternating stages.

In all, nine musical groups and their band members donated their time for the day and performed for approximately fifty minutes each with Bobby Clark and his event crew providing the sound mixing for the bands.

A hot and cold buffet, coffee, desert and soft drinks were provided by Jenkinson’s.

“We would like to extend a sincere thank you to all of our event partners and donors including The United Way of Monmouth County, The United Way of Ocean County, Greater Media Radio Stations WRAT and WJRZ, Bobby Clark Events, Bow-Kay Florist of Brick, Farro’s Tees of Toms River, TLC Banner and Sign of Toms River and of course Jenkinson’s and the Storino family. The Jenks staff stepped up to the plate for us when we had to change our venue and we could not have done this without them. They were tremendous” mentioned Konopka.

“In addition, the success of this event could not have been accomplished without all of the musicians and band members who donated their time for the afternoon. They were fantastic, some of the best around the Jersey Shore, they had Jenkinson’s rocking and we are sincerely grateful to all of them” Konopka finished.

Ned Ryerson (Toms River) and his new band TSO kicked- off the event at 11am with their unique rock sounds and got the crowd off their feet right from the start when guest harmonica player Matt Andryszewski of Toms River joined the band for a lively rendition of “Steal My Kisses” written by Ben Harper. 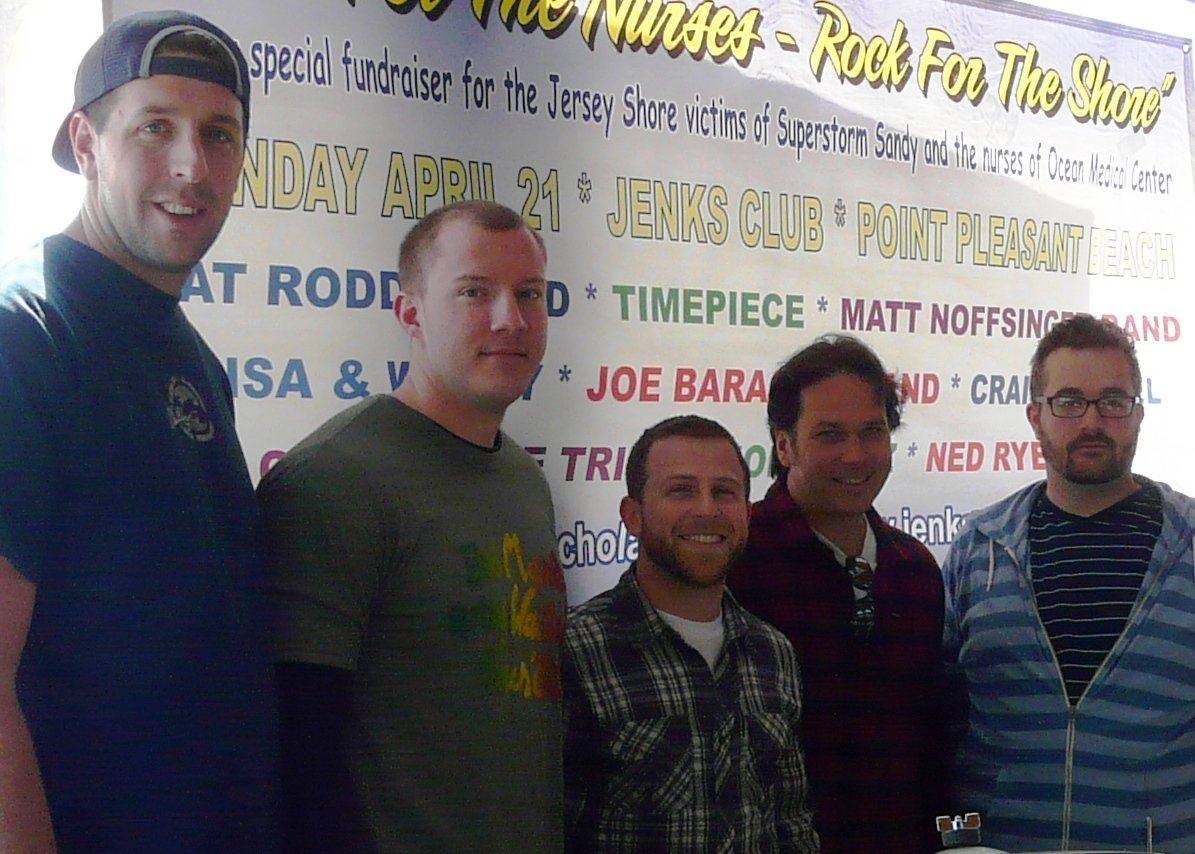 The Shore Ratz consisting of Scott Rosen of Freehold (drums), Rich Meyer of Neptune (bass), Jules “The Claw” Levitt of Manalapan (guitar-vocals) and Shannon Bray of Edison (vocals- percussion) took the stage next and rocked-out to some classic cuts from Grand Funk Railroad and Joan Baez among others.

Wall Township native Matt Noffsinger and the Matt Noffsinger Band then stepped-up to the spotlight and started their set with the Led Zeppelin classic “Rock N Roll”. Noffsinger closed his fifty minute performance bringing down the house with his very appropriate Joe Cocker rendition of “A Little Help From My Friends”.

The Guns 4 Hire Trio appeared next with Gene Potts of Red Bank (vocals) John Bauso of Matawan (guitar and vocals) and Sal Marra of Little Silver (guitar and vocals) belting out some great harmonies and song selections, including the recent release “Home” by Phil Phillips which had the crowd at Jenks singing along.

Next up was Howell Township resident Joe Baracata (lead guitar and vocals) and The Joe Baracata Band who had the Jenks crowd rockin’ to Bruce Springsteen tracks “Waitin on a Sunny Day” and “Glory Days” among others.

Lisa Barone (Matawan) and Wendy Horn (Eatontown) known as Lisa & Wendy followed next and became a real crowd favorite with some classic acoustic renditions ranging from Carol King to Heart.

Belmar’s favorite son Pat Roddy and The Pat Roddy Band then took center stage and continued the festive atmosphere with some great classic rock tracks as well as some traditional Irish tunes. Roddy then invited Wendy (of Lisa and Wendy) to the stage to take the lead as they performed the classic Aretha Franklin cut “Respect”.

Middletown native Craig Daniel took over next and quickly became a favorite with the families and children who were in attendance. Daniel’s smooth acoustic sounds echoed throughout Jenks as he performed some classic Beatles, Jackson Browne and Eric Clapton tunes. 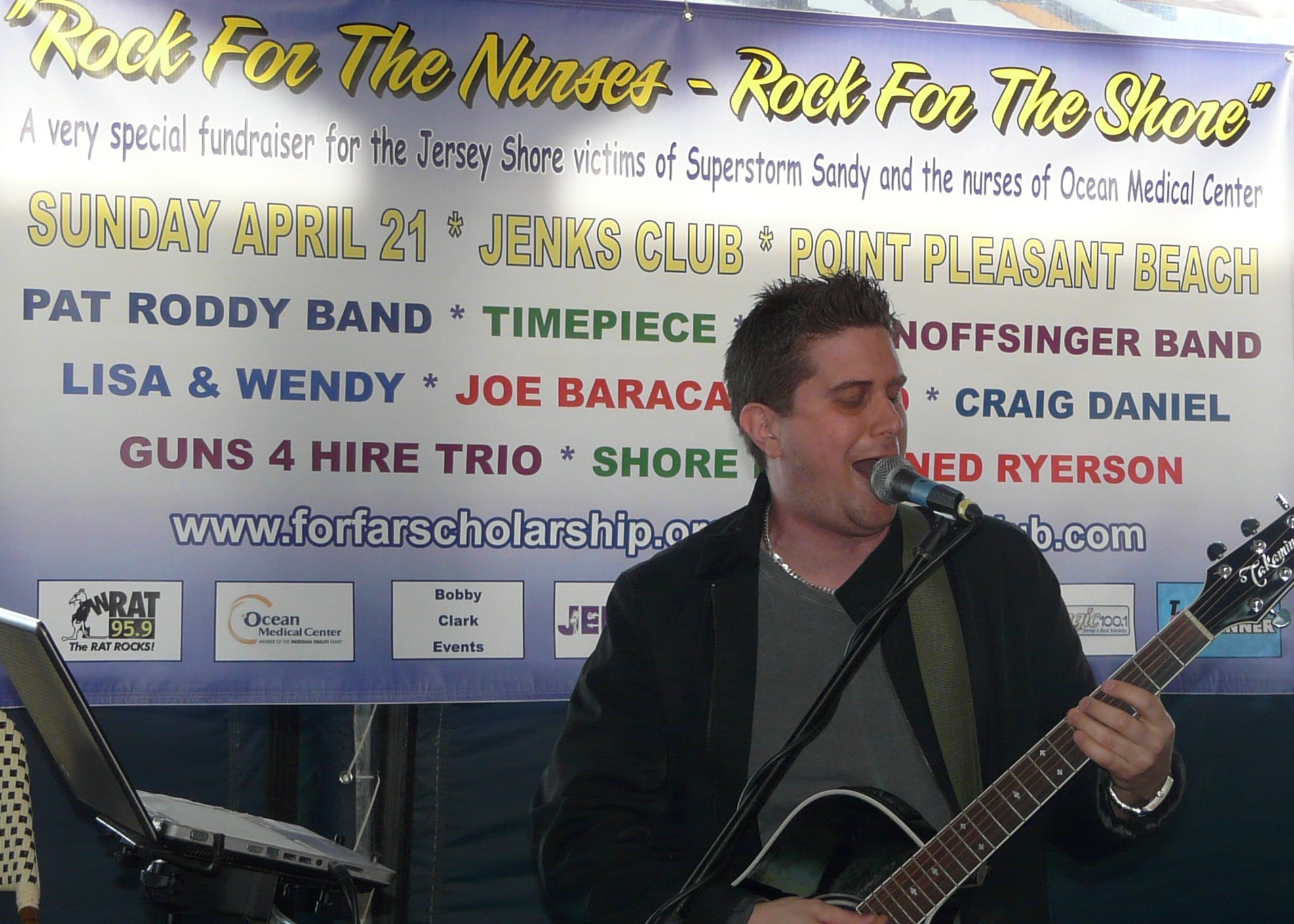 Closing the event was Timepiece who has been rocking the Jersey Shore for over 20 years. Founders Terry Wildeman of Farmingdale (lead guitar and vocals) and Fred DeFeo of Island Heights (drums and vocals) took the stage with their other band members and rocked Jenkinson’s for 50 minutes straight with Jersey Shore classic rock cuts from Springsteen, Bon Jovi, Southside Johnny and others.

Rockin Robyn Lane of WRAT (95.9 FM) helped emcee the event in addition to conducting live “call-in” on-air interviews with benefit organizers and officials of Ocean Medical Center and the United Way throughout the afternoon.