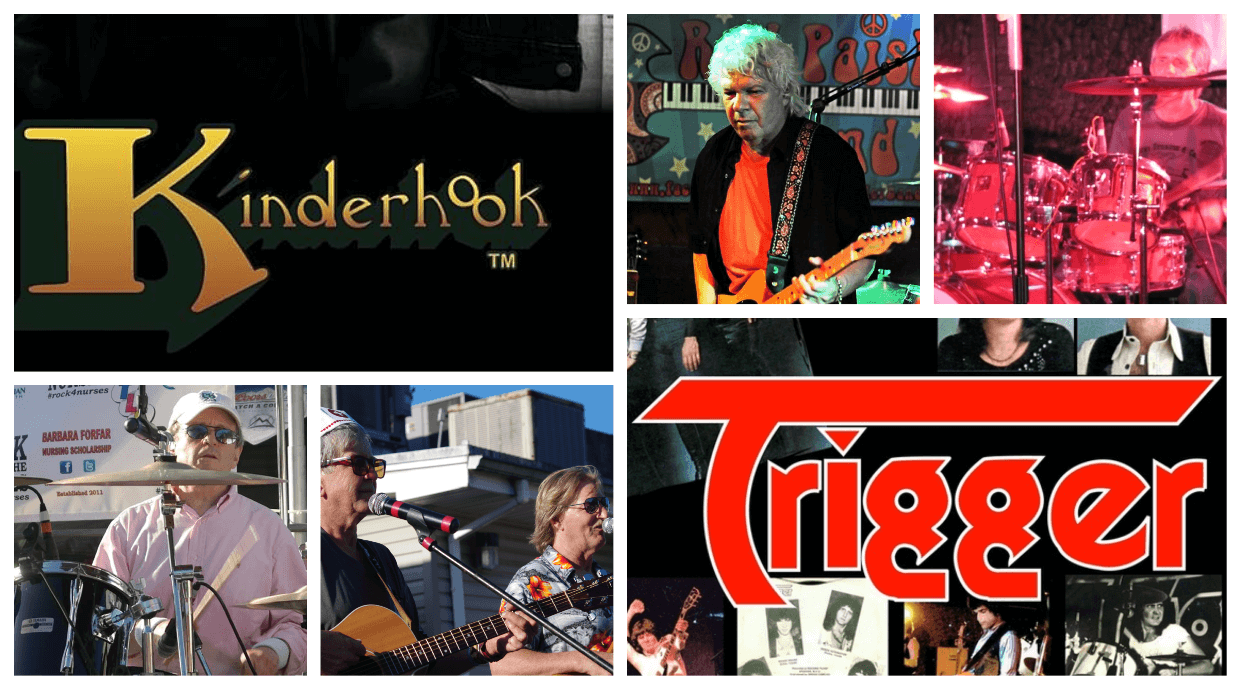 (BRICK, NJ) - The Barbara Forfar Nursing Scholarship Fund welcomes New Jersey legendary bands, Kinderhook and Trigger plus other top Jersey Shore musicians when it teams-up with the River Rock Restaurant & Marina Bar to celebrate its “Rock for the Nurses 10-Year Anniversary Fundraiser” on Sunday May 31st starting at 10am.

The fundraiser will include an all you can eat buffet, cash bar, games, prizes, give-a-ways and much more for the entire family. Breakfast will also be available for purchase until 12pm and event attendees will receive a $5 off breakfast coupon at check-in with paid event admission.

The event will take place on Sunday, May 31 from 10am until 6pm at the River Rock Restaurant & Marina Bar located at 1600 NJ Route 70 in Brick Township.

“We are absolutely ecstatic that Kinderhook and Trigger will be performing on the same stage at our 10-Year Anniversary Fundraiser. That has not happened in over 50 years! Add main-stay Jersey Shore musicians, The Ned Ryerson Band, Matt Noffsinger, Joe Faronea, Jimi DeLucci, 3 Daze ‘Til Sunday, Ronnie Brooks plus some other very special musical guests, and we are going to have one pretty big party at the River Rock come Sunday May 31st” mentioned Walt Konopka, co-chairperson of The Barbara Forfar Nursing Scholarship Fund and brother to the late Mrs. Forfar.

“The afternoon will be packed with music, food, fun and games for the entire family and will have a Jersey Shore back-yard party feel while looking over the beautiful Manasquan River. We will have the inside and outside bars rocking, great food and drink will be served and there will be much more for everyone.”

“We want to thank the River Rock management and staff, all of sponsors and donors and all our musical performers for working closely with us to make our 10-Year Anniversary Fundraiser happen. It will be a fantastic afternoon. I would suggest to everyone that you purchase your tickets in advance and arrive as early as possible as May 31 at the River Rock is going to be a very special day” Konopka finished.

Kinderhook (formerly known as Kinderhook Creek) was one of the first country-rock bands in New Jersey to play the club circuit. They performed up and down the east coast and also in Nashville. The band was active from 1973 to 1982, playing a regular circuit of top iconic clubs including The Wooden Nickel, Widow Brown's, The Gypsy, The Final Exam, Dodds Crest, Dodds Orange, Creations, The Beach House (Point Pleasant Beach), The Stone Pony, Art Stock’s Royal Manor (Wall Township), Baby-O's, and The Joint In-The-Woods. Kinderhook also opened for The Flying Burrito Brothers, Conway Twitty, Pure Prairie League, Nitty Gritty Dirt Band, The Outlaws, Richie Havens, New Riders of the Purple Sage, Commander Cody, Seals & Crofts and David Bromberg. At a career high point, Kinderhook opened for Poco in Central Park in NYC at the Schaefer Music Festival in front of 25,000 people. 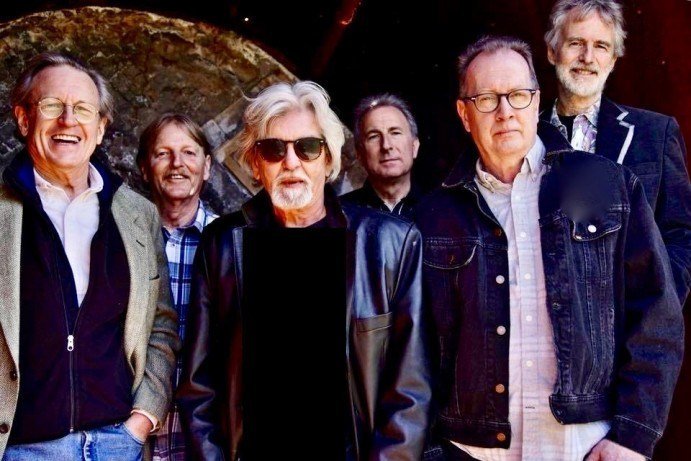 The band has reunited and plays a limited number of shows starting in 2010 including headlining at the Barbara Forfar Nursing Scholarship Fund’s 2015 Rock for the Nurses Fundraiser which drew over 500 event attendees. In 2019 the band released their first studio album ever simply called "Kinderhook".

New Jersey hard rockers Trigger were born in late 1973 as a five-piece band assembled by keyboard player Tom "Sebastian" Ayres. But after corralling vocalist/guitarist Jimmy Duggan, vocalist/guitarist Richie House, bassist Tom Nigra, and vocalist/drummer Derek Remington from several competing local bands, Ayres abandoned ship when he was offered a position in a new band put together by former Mountain members Felix Pappalardi and Corky Laing. The remaining foursome bore him no grudge and Trigger quickly established themselves as one of New Jersey's top bands in the 1970s playing in all the large clubs around the tri-state area including The Beach House in Point Pleasant Beach and Art Stock’s Royal Manor in Wall just to name a few. 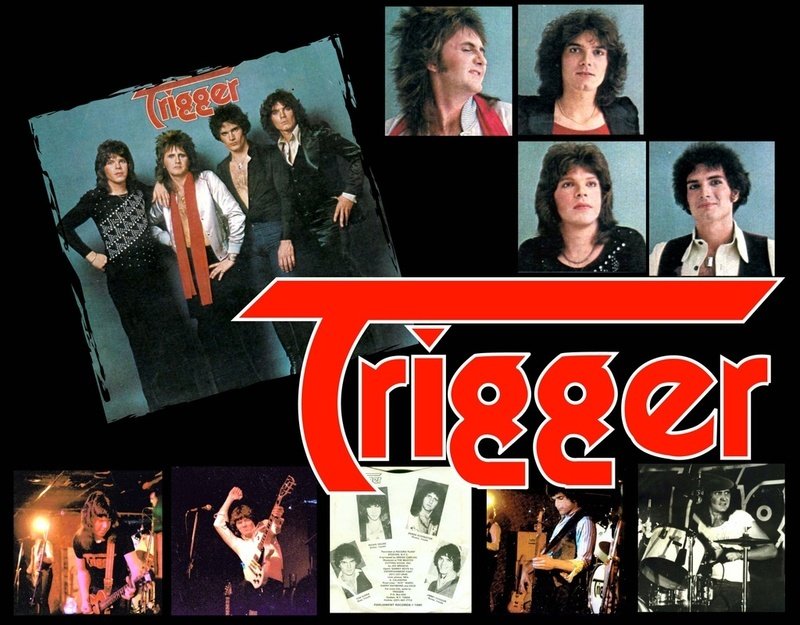 By 1975, Trigger amassed enough songs and funds to record and release their own debut album "Trigger Treat" on the private Parliament label but their great opportunity arrived when Gene Simmons presented Trigger to Kiss’ recording label, Casablanca. The deal was done and Trigger’s self-titled album released in 1978.

The “Trigger” album was co-arranged & produced by Corky Stasiak (who worked with Kiss at the time) and together with Jay Messina (Aerosmith, Cheap Trick) and Dennis Ferrante (Alice Cooper) engineered the whole thing. Most tracks are sung by drummer Derek Remington with his slightly raspy throat, but guitarists Jimmy Duggan and Richie House also did lead vocals on a couple of tracks each. With three well trained lead singers plus bassist Tom Nigra doing backgrounds, the band developed over the years with good multi-part harmony vocals.

Jimmy Duggan passed away in 2001 and Tom Nigra in 2011. Band members performing on May 31 include original members Richie House (guitar/vocals) and Derek Remington (drums/vocals) plus Joe Rowley (bass) and Billy Drew (guitar/vocals).

The Ned Ryerson Band (NRB) is one of the Jersey Shore's top party bands and was voted the "Jersey Shore's Best Bar Band" of 2016, and nominated in 2017 & 2018. For over 15 years, NRB founder and guitarist Ned Ryerson has been a staple in the Jersey Shore music scene. The NRB consists of Phil Kahn (bass), Tony Genovesse (drums), Grady Barber (saxophone), Dodge Sans (guitar), Ned Ryerson (guitar/vocals) and Jannah Tabbacchino (vocals). Ned Ryerson and the NRB has appeared at all pervious Rock for the Nurses fundraisers held by the Barbara Forfar Nursing Scholarship Fund.

Matt Noffsinger has been performing up and down the Jersey Shore individually and with his band (The Matt Noffsinger Band) for over 15 years. He is one of the most well respected musicians at the Jersey Shore who has a silky smooth voice and performs impeccable guitar arrangements. Matt plays an extremely diverse and unique classic and modern style of music sure to get crowds of any age group moving or singing along. The Matt Noffsinger Band appeared two previously times (2013 and 2014) at the Rock for the Nurses fundraisers held by the Barbara Forfar Nursing Scholarship Fund.

Joe Faronea is a lifetime musician who covers a wide range of various music genres, has a versatile music catalog and is one of the most talented guitarists on the Jersey Shore. He plays to the crowd choosing the songs that work best for each establishment, creating an atmosphere all patrons and guests will enjoy. Joe can fit right in and adapt to the crowd and style of each venue where he performs.

Jimi DeLucci has been a musician for just about his entire life who comes from a very musically talented family and now is hitting the Jersey Shore music scene hard. He can provide a laid back atmosphere with his mellow guitar playing and his absolutely fantastic vocals. Jimi specializes in laid back/chill music and covers artists like Bob Marley, Jack Johnson, Sublime and more.

3 Daze ‘Til Sunday is comprised of 3 very talented musicians that give a powerful delivery each time they perform with their fantastic musicianship and 3 part harmonies. At any given show, you can find 3 Daze ‘Til Sunday covering artists like Stevie Ray Vaughn, to Alice in Chains, to Ozzy and back to The Rolling Stones. The band consists of Rob Lyon (bass/vocals), Rich Przytula (drums/vocals) and Danny Ratchford (guitar/vocals).

Ronnie Brooks is a very talented vocalist, motivational speaker and narrator who hails from Brick (NJ). He has performed at some of the biggest venues across the Country including at the White House and appeared with national stars including Helen Reddy. He also appeared with Bruce Springsteen and The E-Street Band on the NBC Today Show. Ronnie performed the National Anthem and also sat in with a few bands at the Rock for the Nurses 5-Year Anniversary Fundraiser in 2015.